Now, let’s talk about Donald J.Trump, the President of the USA. In Part 1 of this piece, we discussed the concept of freedom, which is a major strand of patriotic thought over the pond. However, freedom is a mirage in the US, a false vision for many people.

The US has seemingly become an openly hostile place under the presidency of Trump. His populist style of discourse is purposefully orchestrated to divide the nation, especially along racial lines.

From my perspective, it appears that people are still terrified to brand Trump a racist. A recurring defence of his racist rhetoric from the right-wing media is a variation of ‘Trump does not mean what he says, he just he says it to play up to the crowd’. What on earth does this actually mean as a justification? ‘Oh, he’s not racist, he just constantly says racist things’. This idea that people can be openly racist but not mean it baffles me, as it should you the reader. Sure, people say comments that are offensive; however, if they apologise and do not repeat their mistaken comment then it shows they have learnt.

Conversely, as with Trump, if you say racist remarks regularly then you are by all accounts a racist, no? It reminds me of a scene in the show Bojack Horseman, when the titular character asks his friend Diane if he is a good person deep down. She replies with: “There’s no such thing as deep down. You’re just the things you do”. This is how we should all view not only racism but life in general – we are what we repeatedly do. 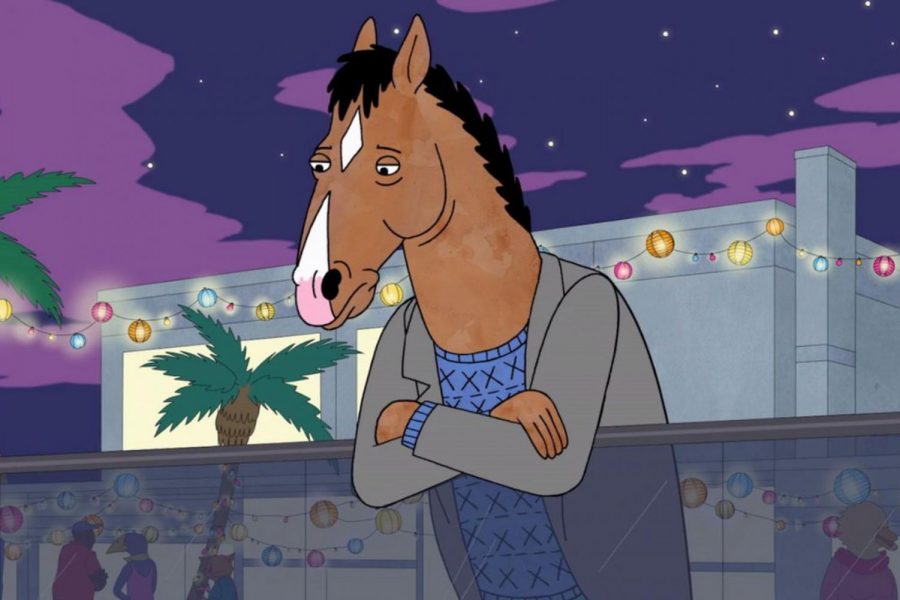 The thing is, for many people, none of Trump’s racist incidents, individually, may be totally incriminating. One of them alone may indicate that Trump is perhaps racially insensitive (or “politically incorrect,” as the right-wing tend to say), but not overtly racist.

So, in case any of you thought this, I just want to quickly highlight some of the most detestable things Trump has said through the lens of racism. It’s important that we remember his remarks, rather than focus on it for a week and move on. We need get serious because this type of rhetoric from one of the most powerful people on the planet is disturbing.

Remember when Trump called for a Muslim ban? A literal ban on all Muslims entering the US. That level of racism is astounding. The hatred and singling out of Muslims is intrinsically linked to the white supremacist view that Muslims commit terrorist acts due to their religious beliefs, which is just a lie. A small group who do commit said acts are not representative of the religion of Islam. In comparison, when white people commit terrorist acts they are never branded ‘terrorists’, instead they are called ‘lone wolves’ or ‘mentally unstable’. Moreover, religious beliefs are never held up as the primary reason for why they would commit such an act.

There have been over 30 attacks carried out by white terrorists since 9/11. 5 years ago, when Dylann Roof murdered nine people in the Emanuel Church, in Charleston, it was under the guise that white people needed to wake up to the perils they faced from people of colour in the United States. He was a monster whose actions make me tear up whilst writing this now. Did Trump come out and condemn his actions? No, Trump seemingly encourages this worldview, through comments like the one at Charlottesville, where he said there were “good people” on both sides at a white supremacist rally? Or have people forgotten that?

This has been happening for years and years, so why is it that large proportions of the population don’t take it seriously? His words have real consequences – they encourage hatred towards minorities in the US. People see it in the highest office in the land, and thus it normalises this view and behaviour. It is deeply worrisome.

Remember when Trump attacked 4 congresswomen of colour? His remark that Ayanna Pressley, Alexandria Ocasio-Cortez, Ilhan Omar and Rashida Tlaib should “go back” to the “places from which they came” was unambiguously racist. It’s a stereotypically racist comment that we hear all the time in the UK as well (something I discussed in Episode 3 of our podcast series when Nick Ferrari said something of similar ilk to Afua Hirsch on an episode of The Pledge).

Instead of apologising, of course Trump doubled down on his comments. He accused these 4 women of the real “racist hatred,” wielding the classic white-nationalist notion of “reverse” racism.

Let’s just pause here for a second, because I’ve had a lot of people ask me why minorities cannot be racist. Now, you cannot have ‘reverse racism’ okay, because racism is prejudice plus power – so in the US, the UK and many other countries, white people are the majority and they dominate all the institutions of the land. This is what ‘white privilege’  is. A minority can harbour prejudice towards white people, but its not racism. Racism really describes a system that disadvantages people based on race. Minorities don’t stand to benefit from such a system – so racism is directed at marginalised groups. Hopefully this clears the matter up if you have been slightly confused recently.

Trump had prominent broadcasters, and even the Treasury Secretary, come out in open support of him. Many Republicans tried to turn the argument towards the semantics of the word racism. This is a classic white, conservative move that places them in the position of deciding what is or isn’t racist, heavily contributing to making racism a societal taboo.

For the last part of this piece, let’s talk about the current events – the Black Lives Matter (BLM) marches all over America and the world. The backlash to these marches clearly displays the hostility in the US towards discussions of racism. The phrase black lives MATTER should not in any way be controversial; it’s not ‘black lives are more important than others’, it’s literally just MATTER. A fight for equality, and look at the backlash it’s had. In the US, some white people have responded with “All Lives Matter”, rather than acknowledge the deep-rooted problems in the country. How can you oppose equality?

Trump portrayed the protestors as anarchists and criminals, downplaying the peaceful nature of most of the demonstrations. Again, this is nothing new. Trump did the exact same with Colin Kaepernick when he kneeled during the anthem, a form of peaceful protest. At a rally, Trump exclaimed: “Get that son of the b*tch off the field!”. Clearly peaceful protest doesn’t work either.

Now, many of you may read that and say: “Well, what about MLK and the Civil Rights Movement? They protested peacefully had an enormous impact!”. Well, according to an early 1968 Harris Poll, the man whose half-century of martyrdom we celebrate to this day died with a public disapproval rating of nearly 75%, a figure shocking in its own day and still striking even in today’s highly polarised political climate. How many of you knew that? There has always been anger towards protesting racism in the US. The myth that MLK was wildly popular for his peaceful protests is misleading. The only reason he had such an impact was because he died.

There is an age-old stigma in the US, and indeed in the UK, against protest, despite it being a democratic right. John Locke discusses this matter (the focus of Part 1) and the right of rebellion against an unjust government is very much embedded in the Constitution of the United States. Always remember that.

I always enjoy feedback, so if you have some thoughts on this piece then go to the ‘Get in Touch’ tab at the top of the site. Make sure you catch our podcast series on racism, available on all major podcast streaming platforms.