“People think depression is sadness, crying or dressing in black. But people are wrong. Depression is the constant feeling of being numb. You wake up in the morning just to go back to bed again.”

I wanted to start my first blog with this quote I came across on Facebook a few months ago, which I felt truly hit the nail on the head. Contrary to popular opinion, having ‘depression’ doesn’t just mean you’re feeling sad or upset because something bad has happened in your life. Crying for hours upon end after your boyfriend/girlfriend dumps you doesn’t mean you have depression; neither does being angry at the weekend after your footy team loses (trust me, I’ve been there plenty of times). No, depression is unfortunately much more complex than that. For me, depression means the exact opposite of the two anecdotes I’ve just used. It means constantly feeling nothing inside. It means being sad when everything in your life seems to be going right. Your desires and your emotions are slowly but surely eradicated until there is nothing left. I could easily just write a technical piece on the science behind depression, but what really matter is the side people don’t see- the human side. The internal struggle in your mind, which differs for each person. Many people find it incredibly hard to talk about depression, including myself, as I have often found it hard to truly describe. I couldn’t explain why I felt like I did and whether I would continue to feel like that. That’s why after much debate with myself I have finally decided to write this piece, in the hope that those who read this post can gain some valuable insight into what it’s actually like to have depression and the struggle to overcome it. This is also an attempt to provide encouragement to anyone out there who is suffering from any of the same setbacks I did and to assure them that eventually, however unlikely it may seem, you will reach the light at the end of the tunnel.

My depression was at its darkest during my final year at school. It may sound ridiculous, but even after a fair number of therapy sessions, I still to this day don’t really know what triggered it. From an objective point of view, there didn’t appear to be anything that could. I’d achieved top grades in my AS levels, I was captain of my school 1st XI cricket team, as well as my county and I had a buzzing social life. No girlfriend had broken up with me in the recent past and fortunately Man City were storming it in the league. On paper, it seems like I should have been buzzing with excitement, right? Well instead I was feeling almost nothing inside. I had lost all motivation to do my school work and to continue playing sport, which I had loved doing. I now started asking ‘What’s the point in it all?’. When I started to think about why I was feeling like I was, it just made everything seem infinitely worse. Everyday, I’d put on a brave face and would assure myself it was just a faze, but cometh December, it had been 3 months in which the days had just passed me by. During those early few months, it had felt like I had been living two separate lives; one that I showed the world and one that I kept to myself.  In these dark, cold months of winter was when I actually began to fear myself for the first time. I feared that I was losing control and that I was never going to feel happiness again. It’s worth mentioning here that I still hadn’t really spoken to anyone about this, including my parents. Sure, I’d mentioned that I was feeling a bit down once or twice, but never truly expressed how I felt. Looking back, I realise that I didn’t want to admit it to myself.

The hardest part for me during the dark times was the feeling one has of being alone that you can never quite shake off. This because of the worry I had of no-one being able to understand how I felt. I also thought I would be judged by those who I told in a negative manner. These worries that many people have stem from the ever-present stigma surrounding mental health issues within our society (I will speak of this is in more detail in my next blog). This has a huge impact on people battling these problems and further encourages them to fight the battle alone. I know that’s certainly how I felt. This feeling of isolation from the world, especially family and friends, caused dark thoughts to start circling in my head. Thoughts I still hate to reminisce about, as I remember how frightened and overwhelmed they made me. These were things such as ‘Would anyone actually care if I just died tomorrow?’ and ‘Do I really have any worth anymore?’.These thoughts swirled around in my head every single hour of every single day. Gradually, they can consume you. This is when depression manifests itself into its most potent form. When people really start to debate with themselves if their life is worth living anymore and if the people around them care. If all the mental anguish and lack of motivation to do even the smallest things is just too much. This carried on in my head for weeks on end, even though everything in my life round me seemed to being going great. How do you explain that to people without them thinking that you’re just begging for attention? Answer: you can’t. However, by now, there were clearer signs that it was taking its toll. My social life was hit hard. I was never in the mood to see anyone or do anything. I just wanted to be alone all the time, trapped in the prison of my mind, unable to escape. Trying to box it all up for the previous 5 or 6 months had brought me to the lowest point of my life. I had been forced into a corner by my own brain and I saw no way of getting out.

Yet, this is where my story changes in fortune. I was at my lowest point. I had isolated myself from everyone and everything and I perpetually felt nothing. This is the tipping-point. This exact point when the dark thoughts almost consume you. This is where I forced myself to do the hardest thing I’ve ever had to do. I admitted to myself, and my parents, that I had a problem – a problem that wasn’t going to be resolved by doing nothing. I can’t explain why I suddenly decided to do something about it. I had always deliberated whether I should, so I guess I should just be thankful that on that day I put those thoughts into action.  Its not easy to come to terms with the fact that you have a mental health problem, as anyone who suffers from one will tell you. But it was the best decision I have ever made. Of course,  I then went to see a doctor and therapists to help me talk through my issues and learn different ways to cope with depression. Whilst these new methods do help somewhat, at the end of the day, it is really down to you. Do you let your depression define you? Or do use this newfound help to fight back? I’m writing this piece to show that depression is a setback that one can overcome by facing it head on; by admitting you have a problem and getting the help required. It is okay to admit this, even though it’s very tough to do. I recently re-watched a superb TED talk by Kevin Breel (I would recommend watching) which I had also viewed during those months facing my depression. He states that you just have to say four simple words: ‘I suffer from depression’. You have to tell yourself repeatedly that you’re not alone, as many others face the same battle you do and there are people around you who truly care. Speaking out is the hardest part and the situation can only improve from then on.

The way I started to overcome my depression was through several small changes I made, but of course this can differ from person to person. The things that worked best for me were simply listening to my music, especially in school, exercising everyday and writing my thoughts down when they were becoming a bit much too cope with. Exercising frequently certainly had a significant impact, as I would just tire myself out until I couldn’t think about everything anymore. On top of this, I attended therapy sessions and was offered some medicine to help in the short-term. Personally, I didn’t find the therapy sessions that helpful, more uncomfortable in fact, as I was sharing some of my deepest secrets with someone that I had just met. However, for others the therapy sessions work better. Essentially, over the years I developed coping mechanisms which, on the whole, have been very effective. Now, whenever I feel a bit low, I do one of the three things mentioned before and I know that the low time will pass.

It’s important to remember that it takes a long time to completely overcome depression. Instead, depression is something I’ve had to cope with and eventually use to my strength. I still have setbacks now and then, most noticeably last year during an interailing trip through Europe after finishing school. I actually had to return home for two days during the trip because I just couldn’t cope with the problems whilst out of my comfort zone. Of course, the lack of sleep and the copious amounts of alcohol  drank didn’t exactly help, but this was still a time I felt embarrassed. I thought my friends would judge me for leaving and word would get out, further humiliating me. However, this did not happen and it helped show me that I had friends who really did care, even though I still sometimes doubted they did in my head. Since this, it has only ever been minor setbacks, that I have thankfully been able to deal with.

I spent a long time debating whether to write this piece, as there was worry whether people would pass judgement at me for it. However, I don’t see it as a burden anymore. I’m writing this piece to show people, especially those who I know, what having depression is like and to give belief to others that life will be okay again eventually. Remember, depression isn’t feeling sad for a few days after something bad has happened; that is called grief. Having depression is considerably different. I cannot enforce that last point enough. I was dragged through the dark for so long so that I could see the light and now I am better than ever.  So, if you’ve been suffering for a while, just remember, all one has to do is say four words: ‘I suffer from depression’ and that it really is okay. 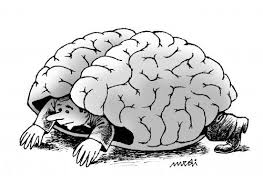 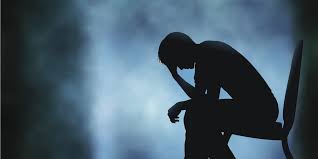 View all posts by TNS Blog

2 Replies to “My battle with depression”